Ask a question of your City of Prince Albert Mayoral Candidates.

(Scroll down to read about the candidates.) 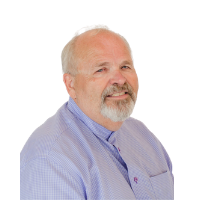 Mayor Dionne has had a very successful 27 year career in the property
management business.
Before being elected Mayor in the City of Prince Albert, he served as a
Councillor in Ward 2 for nine years. In 2012, he received the Queen
Elizabeth II Diamond Jubilee Medal in recognition of his contributions to
Canada.
Mayor Dionne is the 29th  Mayor of the City of Prince Albert and was elected
on October 24, 2012 (3 years) and re-elected on October 26, 2016 (4
years). Through his many years in Prince Albert, he has served on many
boards and committees. Mayor Dionne is currently the Vice-Chairperson
for the Board of Police Commissioners for the City of Prince Albert.
Nationally, he has also held the seat of Treasurer, Vice-Chair, and then
Chairman of the Canadian Police Board.
Mayor Dionne is currently involved with numerous local organizations in
many capacities such as Secretary-Treasurer for the Prince Albert
Regional Economic Development Alliance, sits on the Airport Advisory
Committee, Prince Albert Arts Board, Prince Albert Exhibition Association,
Prince Albert Downtown Improvement District and Northern Lights
Community Development Corporation.
Mayor Dionne has a unique leadership style where he loves to challenge
individuals to bring forward new ideas and solutions on how to move Prince
Albert forward. He has worked diligently with the provincial and federal
governments to secure a new multi-recreational facility for the City of
Prince Albert; worked with the provincial government to secure a new multi
story addition to Victoria Hospital; and introduced a partnership with Husky
Oil to bring to the City the completion of the Rotary Trail, a community
billboard, and a new spray park in Kinsmen Park. 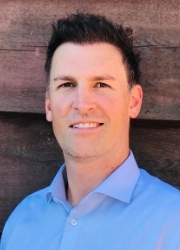 This election is about you, your families, and the City we call home. We must work to restore efficient functionality within city hall, elect someone who puts you first and will place your priorities above all else. I will not rest until you and your families are safe and secure from violent crime and theft. Your children will have more opportunities to succeed and less options to fail. You have worked much too hard to watch your property values disintegrate and your investments diminish. Our teachers, correctional workers, police officers, firemen, healthcare professionals and employees at City Hall are not thanked nearly enough for the amazing work they do. I will inject and shape a new culture within City Hall where empathy, respect, compassion, and accountability will become the norm. We can make sure tomorrow is much better than today. Let us get started and walk this road together.

I was born in 1964 into a military family, we moved to Prince Albert in 1975 and I’ve called Prince Albert home since then.  I began my career in law enforcement as a correctional officer, then parole office in the Correctional Service of Canada.  It was during that time when I obtained my Bachelor of Sociology from the University of Saskatchewan.  I had always wanted to become a police officer to serve in a different capacity and I was fortunate enough to become a member of the Prince Albert Police Service.

During my time in policing I became acutely aware of the unfulfilled promises made by the former NDP government to add 200 more police officers to the existing ranks province wide.  A leave of absence from the Police Service in 2007 afforded me the opportunity to become a Member of the Legislative Assembly under Brad Wall and the Saskatchewan Party where I was appointed to the Executive Council of Saskatchewan as a Minister of Corrections, Public Safety and Policing, where along with the assistance of ministry officials, we set out the framework to fulfill the 200 police officer void.  At that same time, I was appointed to the Treasury Board where we set out the provincial budgets.

My time on Executive Council continued with the appointment as the Minister of Municipal Affairs where I also sat as a Board Member on the Municipal Financial Corporation.  In that roll I worked alongside the Minister of Finance to approve borrowing by municipalities and allocate revenue sharing.  I also had the opportunity to work alongside government officials and the Federal Ministers to procure and allocate infrastructure funding to our municipalities.

Prior to 2015 I decided I was not going to seek another term, when asked why, I tell people that I had never planned on staying in Provincial Politics as a career.  I always believed staying too long in politics can change your perspective on matters and the roll you fulfill.  It was time to return to the Prince Albert Police Service to begin my recertification and the requalification process on the Services timeline in order to return to active duty prior to the next provincial election.

I spent the next years working the front lines of Policing, coming to understand how addiction and homelessness attribute to our rising overall crime rates.  I retired from my career in policing as a member of the Provincial Internet Child Sexual Exploitation Unit (ICE) where we hunted those who prey on our children.

When asked why I would want to become the Mayor of Prince Albert my answer is simple, I have always had the desire to serve our community in one capacity or another, at one level or another.  I also firmly believe governing is not about power, it’s about purpose. 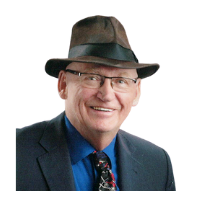 A member of an elected team of officials who was responsible for establishing city policy, budget prioritization, planning and implementing capital projects, services and programs, motivating and evaluating senior administration, chairing meetings and addressing citizens problems and contributing to the resolution of municipal issues.

Past City Council Accomplishments include:

Individual responsibilities while on council included: