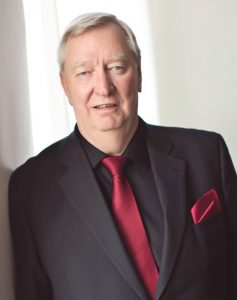 Terry Mason was very well known in the Real Estate Industry. He began his career in 1979, where he worked for Century 21 for ten years. In 1989, Terry made the switch and went to work for Re/Max. While working there, in 1999, Terry placed #90 in the Re/Max top 100 teams in Canada. That was only one of the numerous recognitions Terry would receive while selling Real Estate and this was just the beginning of his Real Estate Career.
In January of 2005, Terry decided to take an ambitious step and open his own Real Estate company, Terry Mason Real Estate. During his career, he worked alongside his wife, Barb, and mentored his daughter, Amber, in the industry. After a wonderful 41 years in the industry, Terry retired in 2020. However, the business legacy still continues on through his wife and daughter.
Terry loved Prince Albert and he loved the connections that he made with his clients. He always seemed to connect with them on a personal level, he cared about them and a great many of them became lifelong friends.
Terry was and still is known for being involved in the community in so many different ways. He served several terms on the Prince Albert Real Estate Board as a director, as the Political Action Representative. Terry enjoyed the camaraderie of being a Prince Albert Kinsmen and all the projects they initiated in the community. He was most proud of the Telemiracle fundraising they did, particularly the cross country skiing to Regina. Terry had a love for hockey, he was a Raider season ticket holder and supporter from the inception of the WHL, he billeted many players for a number of years.
Terry was a giver and he always gave back to the community. He sponsored many organizations, such as the PA Men’s Soccer Team in its formative years and numerous fundraising golf tournaments. Terry supported many local projects: the Art Hauser Center, the Alfred Jenkins Fieldhouse and the Rawlinson Center. Terry would donate to many other causes as well including Ducks Unlimited, Special Olympics, YWCA, the hospital foundation, SHARE, sports teams at all levels, and many more. Terry believed that volunteers, local organizations, clubs, and groups were all the building blocks of a healthy and vibrant community.

Previous Recipients of the Legacy Award